This past weekend I attended an American Small Arms Academy 2 Day Intermediate Handgun Course hosted, of course, by Chuck Taylor.  As will be no surprise to any one who knows me, I used a Glock 19 exclusively for this course.  Some time ago I had altered the frame of this 19 at two points.  One was the junction of the trigger guard to the front strap, which was beveled for clearance of my knuckle.  And the second mod was a clearance the “thumb rest” swell on the frame to facilitate operation of the magazine release.

I have shot USPSA matches over the years and these two mods helped tremendously in acquiring the gun in the holster as well as reloading.  But this class was the first time I had ever spent a full day (and ultimately two days) drawing and firing repeatedly.  At the end of the first day it was apparent some additional modifications would be desirable. 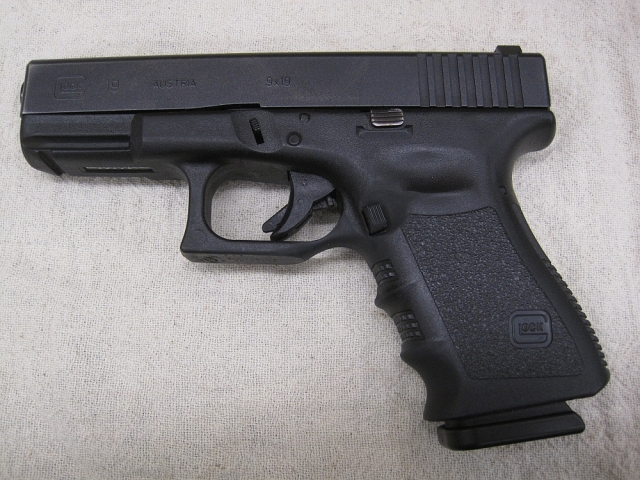 The very large blister on my right middle finger made it clear I would be doing more work to the trigger guard joint.  I thinned the trigger guard at the frame joint and increased the amount of the beveled area.

This resulted in a smooth surface with no hard edge to rub against the middle finger of the shooting hand.  I also increased the clearance for the magazine release further upward and rearward.  Then I broke the lower and forward edges of the button its self. 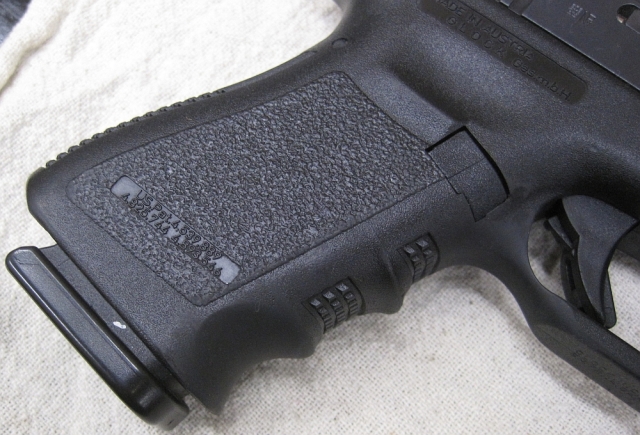 The biggest surprise to me was the interaction of my pinky finger and the frame.  I tended to get the tip of my pinky stuck in the checkering on the presentation.  To the extent that I had a large blister there as well.

I decided to remove the grenade checking from the pinky finger grove.  Leaving a smoothly radiused surface.  These few changes have made an amazing difference in how this pistol feels.  Even though I still have the blisters from the class.